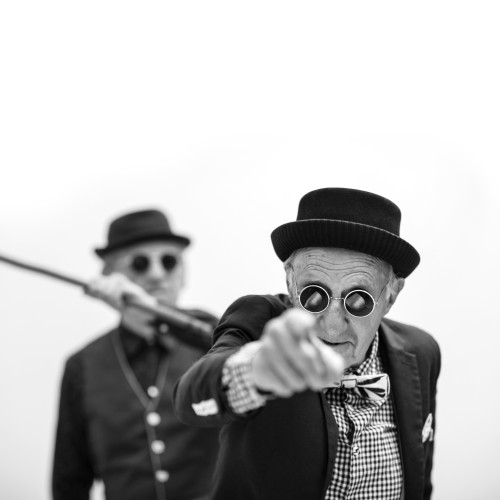 It's now official, 2022 will mark the return of the tireless seniors of the L'ENTOURLOOP collective! After a break to devote themselves to creating a new album and a new live that promises to be exceptional, they hit the road, more determined than ever!
April 28th 2022 28 avril 2022 to Trianon - Paris!

For this third and last remix of the series taken from their DJ-mix "Start From Scratch", the beatmakers of L’Entourloop have set their sights on an evocative track of the iconic Spanish dub duo, Iseo & Dodosound. This track is “My Art on the Market” from the EP “Same Love” released in 2019. To remix this reggae-dub nugget, L'Entourloop invited its two most loyal collaborators: the incredible MC Troy Berkley and the gifted trumpeter N'Zeng, for an explosive result!

L’Entourloop drops a new official remix taken from their excellent DJ-mix "Start From Scratch".
This time, the unstoppable diggers looked towards China in the Yunnan Province with Reggae band Puman and their amazing track "Bulang Beauty", adapted from a traditional song of the Bulang tribe. In this tribe, women chew betel nuts with medicinal properties which leave their teeth blackened which become an attribute of beauty; hence the title "Bulang Beauty".

Fallen in love with this song and the history that comes with it, the French beatmakers really wanted to offer a remixed version of it with a banging L’Entourloop twist !

It's now official, 2022 will mark the return of the inexhaustible seniors from L'ENTOURLOOP!

Their latest albums succes and their Banging Hip-hop inna Yardie Style music quickly propelled L'Entourloop to the forefront. Their unique visual universe as well as their explosive and surprising featurings with artists from all backgrounds are acclaimed by a growing fan base all over the world.

As usual, they surprised everyone with the excellent "Start From Scratch" DJ-mix this summer. After "Li Sem" feat. Jessica Persée, Bouchour, Flavia Coelho & Lidiop, first official remix from the DJ-Mix, the duo continues its momentum by unveiling a new official remix "Bulang Beauty" ft. Puman.

Raised outdoors since 1964, Sir James and King Johnny are the figureheads of the mysterious collective: L'Entourloop. Feed with good Sounds Systems grains, vinyle’s culture and rocked by the epic dialogues of a certain cinema, They concoct a fine fusion of Reggae and Hip Hop with love. These beatmakers like to exploit scratches and samples, all sprinkled with a vintage french touch that makes us travel from France to Kingston, London and New York!

With the albums "Chickens In your Town" (2015) and "Le Savoir-Faire" (2017) already in their pockets, they came back in 2019 to strike even harder with The Ep "Golden Nuggets" (X-Ray Production ) with Jamaican artist, the "Dancehall President": Skarra Mucci.

Collaborations lovers, their explosive and surprising featurings with artists from all backgrounds have also contributed to their international fame, with for example the now hits "Dreader Than Dread" ft. Skarra Mucci, "Back In Town" ft. Jamalski, "Burn Dem Down" ft. Capleton, "Le Bonheur" ft. Panda Dub, "Push The Limits" ft. Biga Ranx, "One & Only" ft. Charlie P.

Show men by nature since years now, L'Entourloop deliver memorable shows like their first gig in Spain in 2019 at the Rototom Sunsplash Festival, or to Garorock (FR), Esperanzah (BE), Sziget (HU), Ariano Folk (IT) , Solidays (FR), Boomtown (UK) etc.

If you haven't seen them on stage since 2019, it's because the duo took a break to devote themselves to creation. After hit more than 500 stages around the world, they will be back on stage April 2022, with a brand new live show predicted to be stunning!

To wait before the release of their next album, the insatiable diggers unveiled this summer the excellent DJ-Mix "Star From Scratch" which underlines their unconditional love for Hip Hop and Reggae culture.

L'Entourloop also takes us on a journey by extracting official singles from this mix. The first is a direct embarkation for the islands, with the remix of "Li Sem" feat. Jessica Persée, Bouchour, Flavia Coelho & Lidiop, a true hymn to exchange, respect and diversity. The second takes us to the Middle Kingdom, in Yunnan province with the reggae group Puman and their magnificent track "Bulang Beauty". 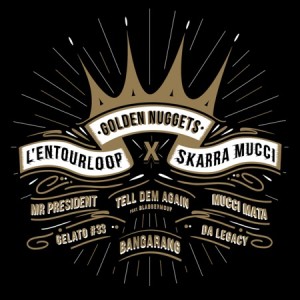 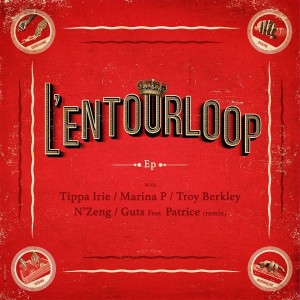 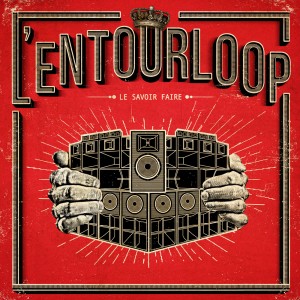 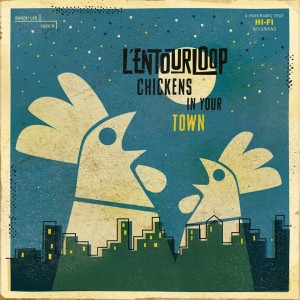 L'Entourloop - Chickens in your town